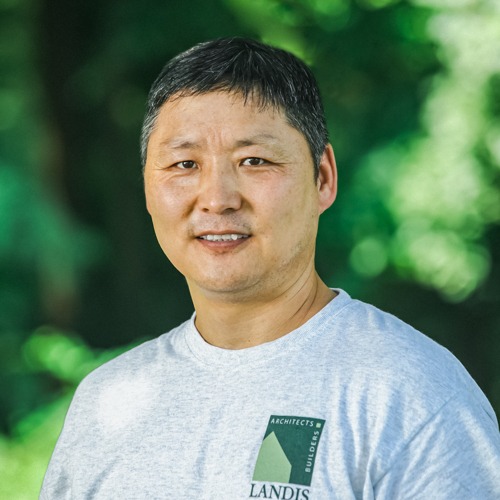 Mandal joined Landis in March 2021 after doing fine carpentry at two large historic restoration companies. He is from Mongolia where he picked up skills from his father who was in the construction industry. He started out studying construction management with the hope to be an architect but was unable to finish due to an economic recession in the area. He then ran his own construction company doing framing and drywall. In his career at Phoenix and AC Smoot, he worked at the White House and on the Capitol Dome. He enjoys spending time with his wife and two sons (ages 16 and 6). He likes to learn new dishes by watching cooking videos. He is also a fan of working on classic American muscle cars.